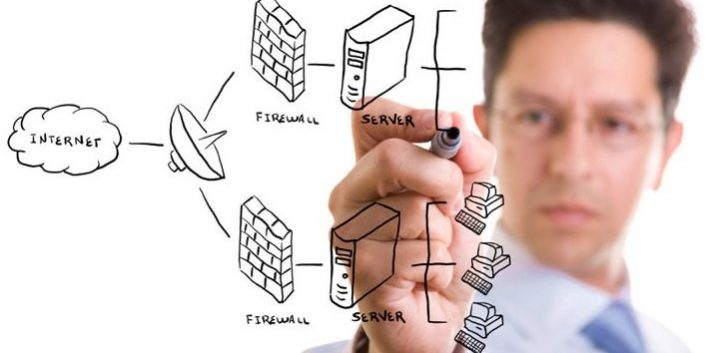 Many major corporations and government entities must make a decision between purchasing x86 or IBM Power servers. This point of view is created to help IT Infrastructure Professionals understand the issues so they can make an informed decision early on and not get caught with an IT environment that does not meet the needs of the organization. Regarding IBM Power, Gartner published a document regarding IBM’s multi-pronged strategy to penetrate the market. AMD and Intel have also developed strategies of their own. Destiny Corporation has talked with many CIOs and CTOs over the past twenty years about this topic. The majority of the discussions take place when there are issues that arise. Anyone making this decision needs to understand the facts and not make a choice based on the golf outing or quality of the steak dinner.

When running the IT Infrastructure of an organization, it is important to get educated about what you are supporting and what is available in the industry today, the growth, and long-term trends. Technology does not change every year or quarter, but as a Business and IT Consulting firm, we see changes in technology every week. Major announcements always happen, company rollups, which technology firms are getting acquired, which ones have not made R&D advancements, the new niche firm, the open source forum, the new partnership, the disbanded partnership, hyper converged, and more. Keeping up with all of it requires full-time effort, alongside one’s daily job. However, when making a choice on chip platform, let us start simple.

First, the choice between two platforms is initially made by answering the question, is it supported? What operating system does the application support? If it is Windows and Linux, x86 is an option. If it is Linux, AIX, or IBM i, then IBM Power is an option. The little and big endian topic also comes into play and may make that decision for you. Intel has been making chips since 1982, starting with 16-bit, advancing to 32-bit, and supporting 64-bit. IBM and several other competitors came out with High Performance chip sets in the 1990s that supported various flavors of UNIX. IBM’s Power chip was introduced in 1997 and will soon be shipping as Power 9. All other high performance chip sets have faded away with IBM as the winner in this space.

Once we answer the question of ‘is it supported?’, we can move on to the discussion of what do you want this platform to do? There is a concept and belief in the IT industry that needs to be better understood. The topic of ‘cheap, commodity hardware’ is a great idea and provides for massive competition in this space with Michael Dell and the rest of the world, Lenovo, Cisco, etc. The x86 platform design requires a scale out implementation in order to support larger workloads. The servers are seen as very cheap, allowing organizations to buy hundreds and thousands of them to get the processing done. This works really well for the software vendors as they have typically gone to a core based pricing model. The more x86 cores, the higher the annual software bill. After all, someone must pay for that steak dinner. Who knew it cleverly came out of IT’s infrastructure budget?

The other side of the discussion looks at the x86 vs. IBM Power chip design. The threads do all of the chipset’s work. Intel x86 chips offer hyper threading, which is two threads per core. IBM Power chips offer SMT-8, which are eight threads per core. For IBM, it is all about scale up. If there is ever the ability to talk with an IBM chip designer in Research, it is worth the time because there are physics to all of this. The chip set is built up, yielding much higher throughput and performance. IBM also unveiled their accomplishment of the 5nm design in June 2017. What does this mean from an engineering perspective? It is simple, faster throughput in a smaller footprint.

For many years, IBM dominated the big server and mainframe space. There are large Power 880s and LinuxONE systems, which are enterprise class servers designed to support mission critical applications. They contain a whole bunch of Power chips, depending on the model, with the internal frame design to support the processing and resources. They were known in the market place for their bigger price tags.

Over the past decade or so, the scale out, cheap commodity x86 servers quickly grew market share as they were marketed by the commodity hardware vendors themselves and their software partners. To address this commodity craze, IBM created their own commodity offering with the P822LC server class, but they did it in a different way. As we have all seen, open source Linux is now king for many applications. RedHat is a household word, along with Ubuntu and others. For scale out architectures, where the market wants a commodity offering, IBM created Linux on Power servers that have double the throughput or cost half the price of x86-commodity hardware. IBM actually guarantees it. Let us think about the significance of all of this. If you are a major corporation with a server farm of several hundred or a thousand machines, this may interest you. What if the same processing could be achieved with a fraction of the footprint? How would that change the data center energy bill, tile footprint requirement, cooling requirements, number of operations personnel, cost of core priced software licenses, server maintenance costs, etc.?

IBM did something else, very strategic. They collaborated with organizations such as Google, Tyan, NVidia, Mellanox and over 250 members to create the Open Power Foundation. Member organizations are building their technology around the design of the Power chip. Even Google uses the Power Chip to build their own computers designed for advanced analytics and processing.

Virtualization is also a big player in both the x86 and Power space. Instead of having dedicated servers to specific processes, the resources of a server can be shared, which increases utilization. There are several options for the x86 world, such as VMware, KVM, OVM, XEN, Hyper-V, and others. However, virtualization software can consume as much as 25% of the resources of each server. IBM’s Power Hypervisor was designed into the Power chip firmware. The overhead is typically a maximum of 2% of resources.

Lead decision makers in IT must consider the education of their staff required to navigate, manage and support an x86 Linux based platform and a Linux on Power platform. What are the differences? The operating system is the same. They all use the same Linux commands. From a user perspective, there is very little difference. PowerVP is going to be the biggest difference with a simple graphical user interface to use once starting the application.

The Power 9 architecture comes with some very advanced accelerators including Gen4 PCI, NVLink 2.0, and a CAPI 2.0 bus, all at a starting price around $6,000 per server. IBM also created the Minsky class of server, which can be customized for specific work-loads. Nutanix, the Gartner named industry leader in the hyper-converged space, is also going to market with a Linux on Power offering.

When reading articles on the web, it is difficult to understand the major differences between these platforms and why a CTO, head of architecture would care. Many industry editors say it does not matter. We believe it actually does matter when the workloads, data, and number of users are not small or the processes are mission critical. When there are major demands on the computing platform for analytic, database, data warehousing, computational, concurrency and other similar types of workloads, infrastructure matters. Business units also find that infrastructure only matters to them when it does not work or work well. We tell our clients that if they design it incorrectly, they will be the first to know when big workloads hit. One of the biggest symptoms we see is ‘long running processes’. We also see situations that do not meet SLAs, such as the database load or nightly backup window. Remember, I/O based issues typically cause processing challenges. Focus areas typically include the processor, disk reads and writes, network and other critical parts of the server’s environment. If there is a bottleneck in any of these areas, the whole compute process is attenuated.

To summarize, the purpose of this Point of View paper is to educate readers on the x86 vs. IBM Power discussion. There is no wrong answer, only uneducated ones. Smaller workloads tend to be fine on almost any platform. However, there is a cost to implementing infrastructure for large workloads. When Destiny Corporation speaks to its IT clients today, the biggest topic is around ‘Cost Reduction’. James Wade and Claudio Gosiker at Florida Blue performed the same type of analysis when deciding what architecture to use for their business. They were very concerned with server sprawl, being green and the challenge of maintaining a large x86-server environment. They benchmarked x86 to Power with MongoDB and Hortonworks and found three to five times performance gains, along with better reliability. Their goal is to provide a better call center experience and reduction in fraud.

Destiny Corporation’s belief is that ‘education on infrastructure matters’ so the architects can make an informed decision for their organization, avoiding a costly mistake that simply costs additional money to fix.

Destiny Corporation Point of View on PowerAI
July 24, 2017
Recent Posts
Categories
Archives
Go to Top
Sign up for the free 20 minute Webinar and be entered into a chance to win a free Snowflake ROI Analysis
Request A CROP ™ Diagnostic Test
Protect Your Most Valuable Assets
Destiny Fulfillment Center
Get Access to additional Cybersecurity Videos
Discover the power of PowerVS and Hybrid Multicloud
Protect Your Most Valuable Assets
You can have Strong Password Management
Thank You